This week I was matched up against Aaron and his slowly expanding Convergence army.  Aaron has few enough models for CoC that his army lists were virtually the same but with 2 different casters. He chose the version with Lucant.

I was still testing out some lists that I was considering taking to the Southern Ontario Open.  One of list was this Bartolo list.

Scenario was Incoming (2 asymmetrical zones on the mid-line, and objectives 18″ up from your edge of the table. No killbox). Aaron wins the die roll and elects to go first.

-Reciprocators run up base to base

-Reductors run up behind them

-Enigma Foundry runs up behind Reductors

-Lucant walks up and casts Deceleration

-Corollary got a free focus and advanced up

-Arc Node Steve walked up the center of the board

-Galvanizer ran and inducted to the Diffuser

-Diffuser ran and inducted to Cipher

-Cipher ran and inducted to Inverter 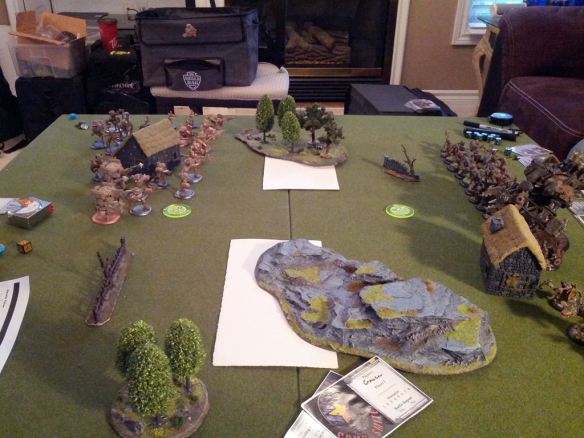 -Galleon runs toward my enemy zone

-Wrong Eye walks up and puts Spiny Growth on the Galleon.

-Steelheads run and spread out behind the Boomhowlers

-Tinker runs up behind the Galleon 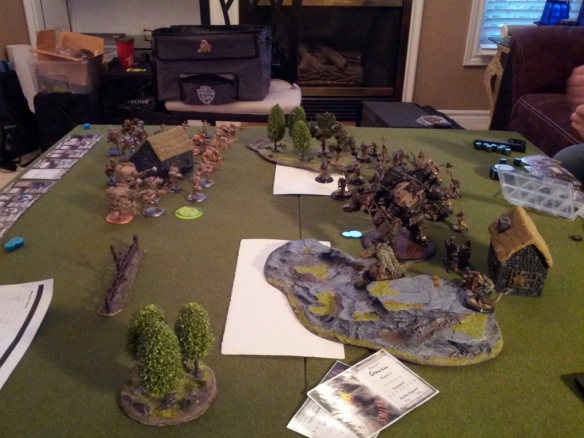 -1 Focus to the Inverter

-Perforators walk up and throw some spears at Boomhowlers and kill 2 of them.

-Enigma foundry walks up behind Reductors

-Ciper walks and fires rough terrain templates at my Boohowlers in the zone.

-Inverter ran and inducted to the Diffuser

-Diffuser ran behind the objective

-Lucant walks up and casts Deceleration 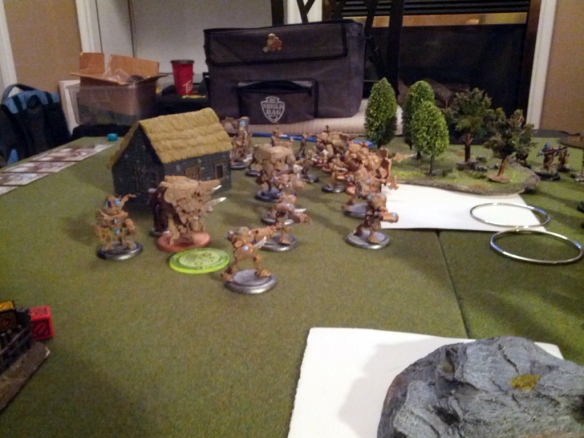 -Galleon advances to toe the zone and rols 3 shots on the left and 1 on the right.  Decel limits what he can get done but 1 Perforator dies to a direct hit and 1 more is wounded by blast

-4 Boomhowlers aim and take shots at Perforators and actually kill 1 and go 4+ tough.

-TAC walk up and shoot fire balls at Perforators and kill 1.

-Vanguard walks up to the front of my objecitve

-Steelheads run around to shift position. 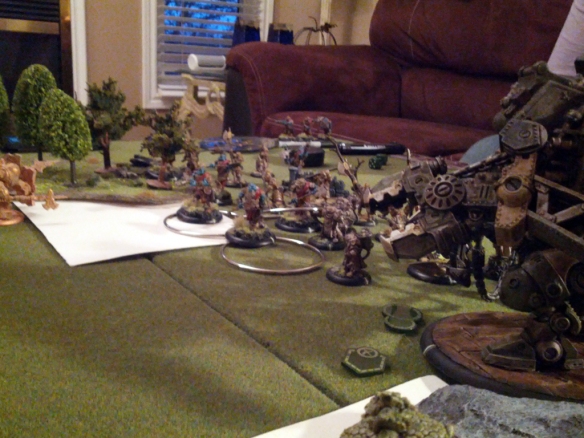 -Recipricators move up in shieldwall and toe into the zone.

-Reductors walk up behind them and 2 of them attampt sprays.  1 was out of range and the other failed to wound.

-1 Perforator walked into the zone and was just in Barts Control so he got knocked down. The other shot at Snap Jaw but missed.

-Cipher shoots more rough terrain templates at my models in his zone.

-Diffuser shoots Snap Jaw but fails to wound him at ARM20

-Inverter walks up to re-position

-Enigma Foundry walk up behind reductors

-Galleon moves up a touchand turns to center on the Perforator in the zone. He kills it with the first shot then pumps the rest into the objective doing about 2 damage.

-Wrong Eye Moved up and put Spiny Growth on the Galleon and submerged himself.

-Snap Jaw Charged the Objective and did about 10 Damage.

-TAC move up and shoot at the last Perforator and do some damage.

-Boohowlers go 4+ tough and shoot but miss all their attacks.

-Bart Moves behind the Galleon and casts Batten.

-Vanguard moves up and shoots at the Perforator and misses

-Steelheads just run around to reposition 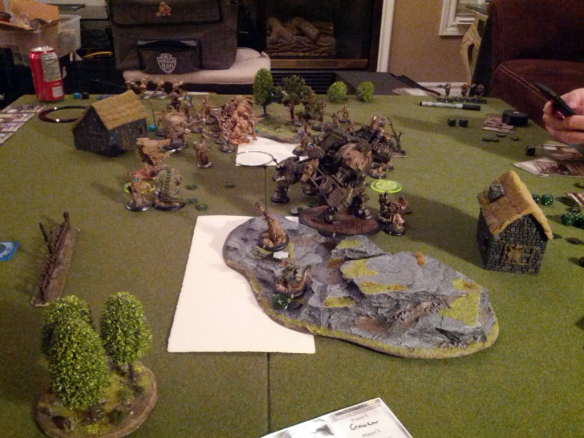 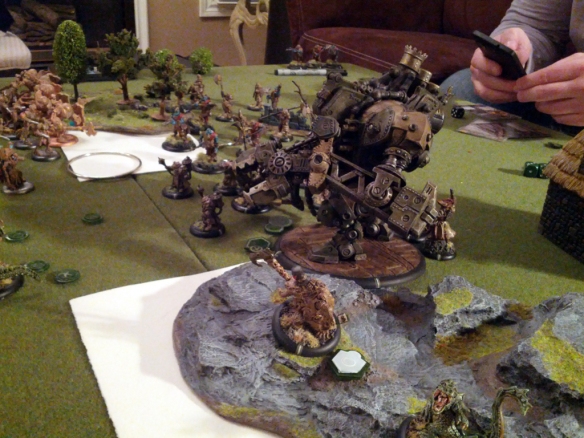 -Perforator shuffles to the side and stabs Snap Jaw for 2 damage.

-Corolary moved up and give 3 focus to the Cipher

-Cipher walks up to Snap Jaw and pounds on him, leaving him on 8 boxes.

-Diffuser runs in to the zone to contest. 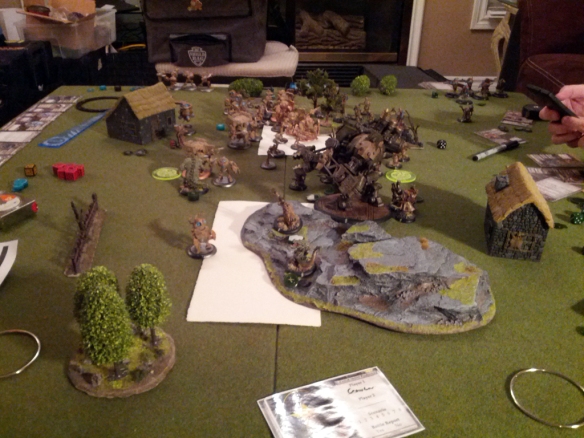 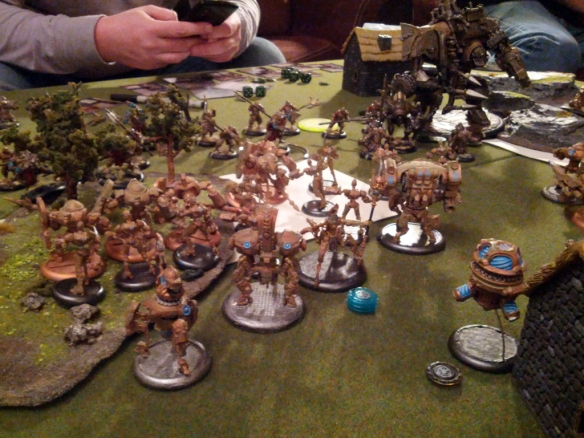 -2 focus to Galleon and up keep Hot Shot.

-Bull Snapper slams the Diffuser out of zone.

-Galleon is able to kill the Objective with his guns for 1 point.

-Bart Runs into the zone to score 2 more points for the win.