This will be the first podcast that we post on Muse on Minis! So exciting! 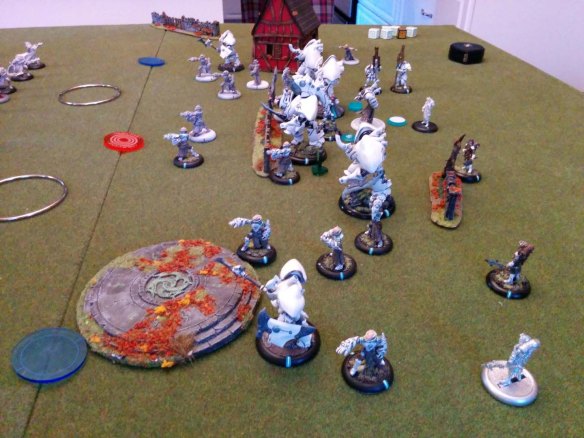 While Combo Smite will continue to go live on Monday mornings on our own website and iTunes, we’re going to be posting on Muse On Minis on Wednesday mornings! As always, we’re happy to get any feedback from our listeners!

This week I was matched up against Todd’s fledgling Cryx.

We actually played this match-up last week in which Denny was assassinated by a slightly illegal Witch-hound shot on her own turn (We played it as written on the card but it turns out Witch-hound has been errated to only trigger once per attack).

I kinda wanted more practice against Body & Soul so I asked him for a rematch.  Lets see if we can do it with less cheating this time. 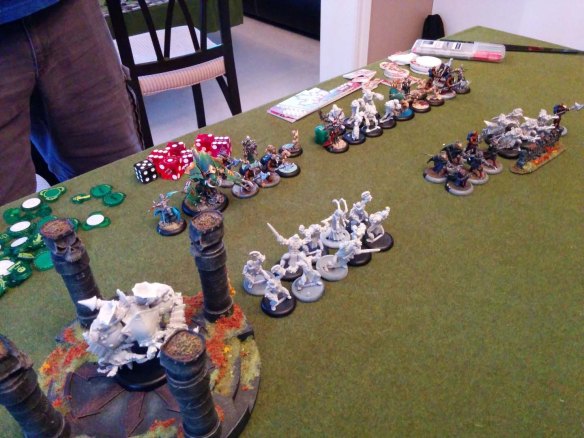 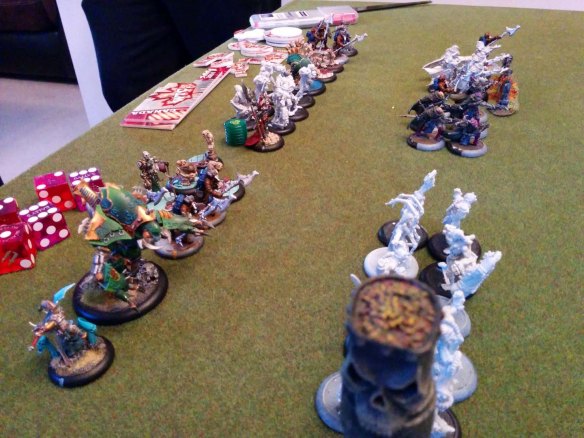 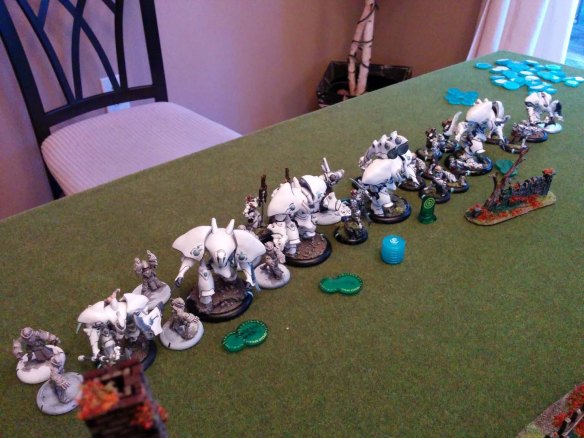 -Todd puts him upkeeps out on a bunch of my jacks 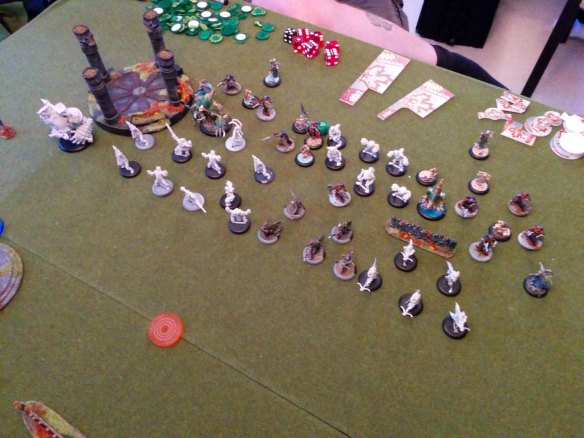 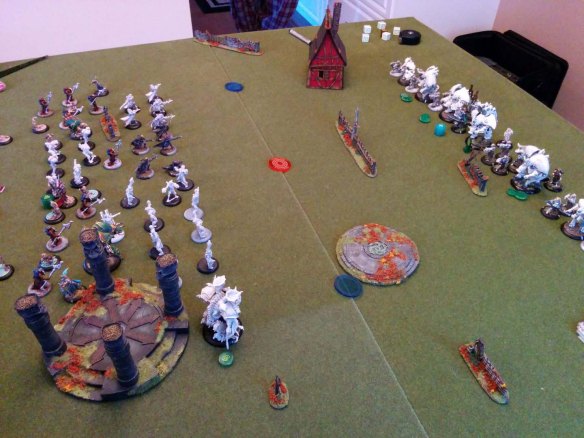 -Kaelyssa goes first and casts Banishing Ward 3 times to get rid of Denny’s upkeeps. Then she walks forward.

-Both Griffons run up the flanks.

-Phoenix runs up the middle

-Manticores walk up left and right of center and put out covering fire templates in as annoying places as possible.

-Both battle Mages run forward and spread out. 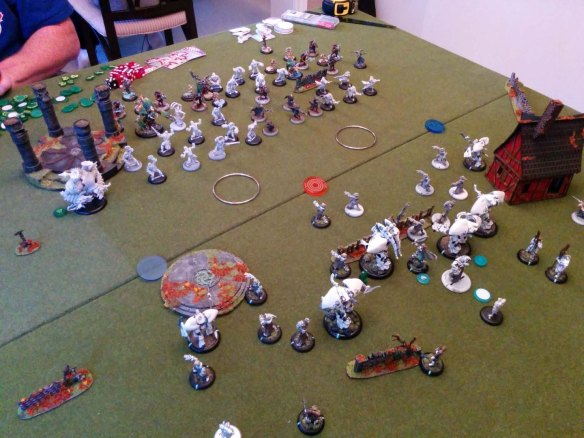 -Drudges on the right flank get a charge order but the closest one is out of range.  The rest run and tie up a couple Battle Mages and a Griffon.

-The large drudge unit on the left charge and just 1 drudge gets into melee with a Battle Mage and ends up missing.

-The other Drudge unit runs forward.

-Denny runs up behind a wall for some “protection”.

-Deathjack runs to get back into Denny’s control. 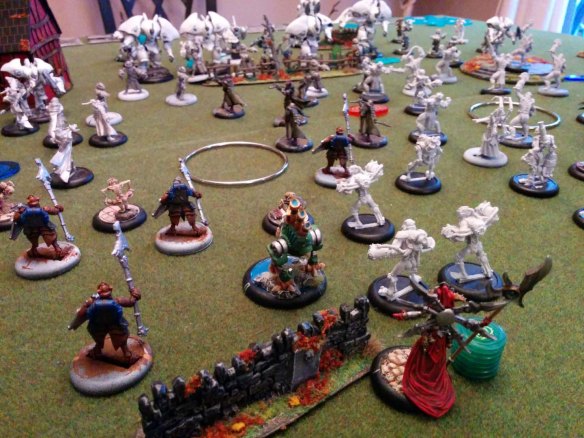 -Battle Mages activate and kill or tough a bunch of drudges and free up the Griffon on the right flank.

-Battle Mages on the left shift around and kill or tough a bunch of drudges.

-Hydra moves up and puts a shot into the Arc node and hits but didn’t cripple anything.

-Right Griffon gets a focus from arcanist and kills Warwitch Siren.

-Fully loaded Manticore on the right walks up and takes a bunch of shots kills a drudge and a stitch thrall.

-Phoenix shoots a drudge and kills it and another drudge and lights a nearby Cephylax on fire.

-Left manticore walks up and shoots some more drudges.

-Left Griffon walks up to toe into contesting range of the flag.

-Kaelyssa walks up behind the wall kills a couple drudges and pops her feat. 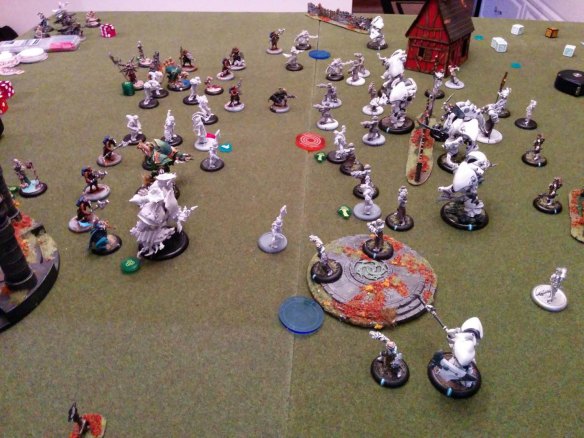 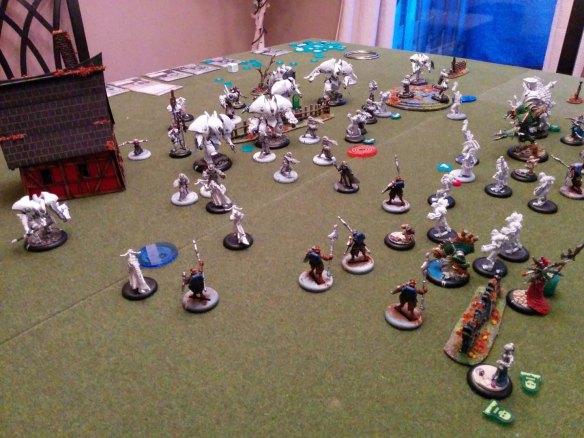 -Mechanithralls move up into position to control the middle flag.

-Drudges kill some battlemages on both sides.

-Denny moves up and pops her feat. She catches Kaelyssa the Hydra, the Phoenix and the Manticore and Griffon on the right.

-She casts a Hellmouth on a Battlemage to pull the Hyrda out of contesting range of the middle flag. This triggers Witchhound and I move the left Manticore into contesting range and take a shot at Denny that misses.

-Warwitch Siren sprays killing some of the contesting Battle Mages on the left flag.

-Nightmare moves up near the middle flag. 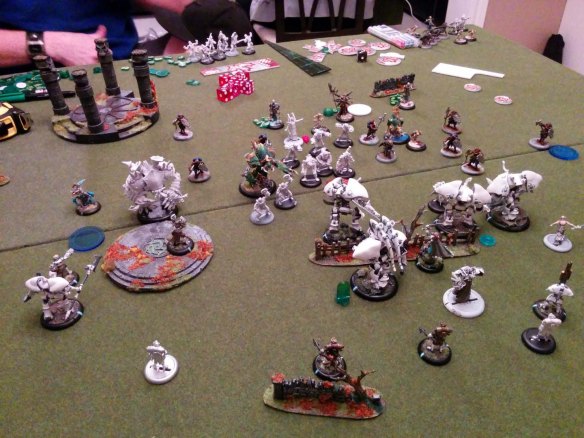 -I decide to go for an assassination because I’m a bad player.

-My Arcanists top up the Hydra and give 2 to each Manticore.

-Hydra aims a shoot at Denny and misses.

-Griffon kills a drudge near the right flag.

-Left manticore walks up and attacks Nightmare.  It uses 1 focus for +3 Strength and takes 3 attacks.  2 of them miss but the one that hits takes out one of Nightmare’s arms. 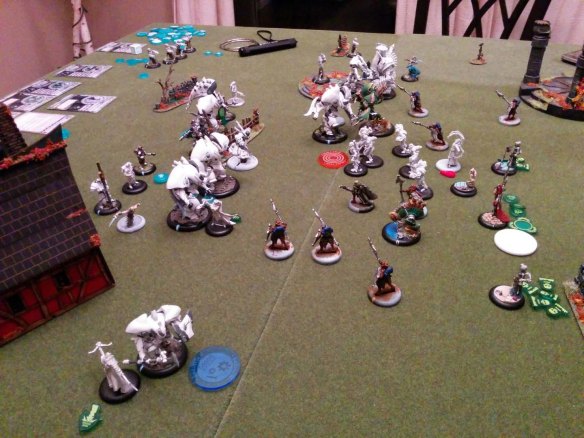 -Drudges charge the Artificer to take out the last model contesting the middle flag. 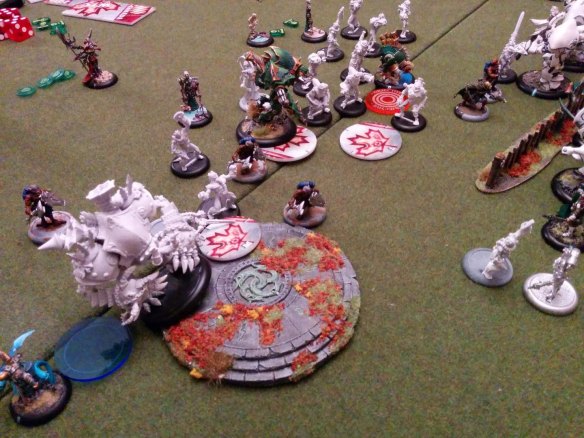 -Griffon on left takes out some more Drudges 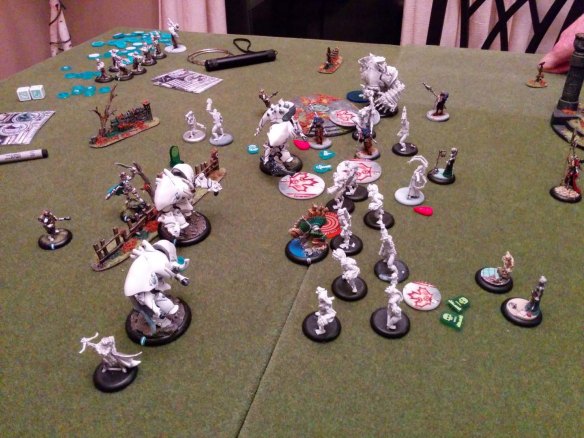 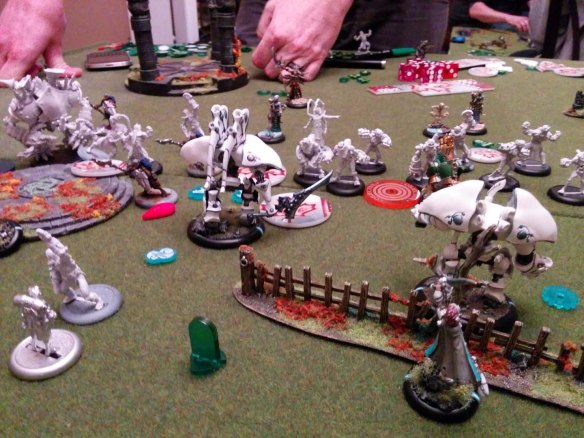 -Deathjack takes out my Phoenix. 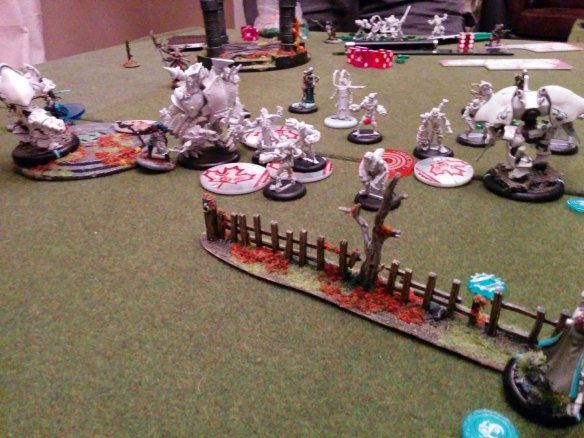 I have nothing that can get into contesting range of the left flag. 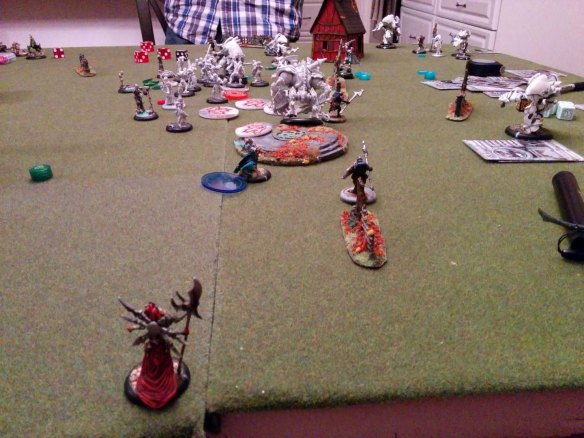 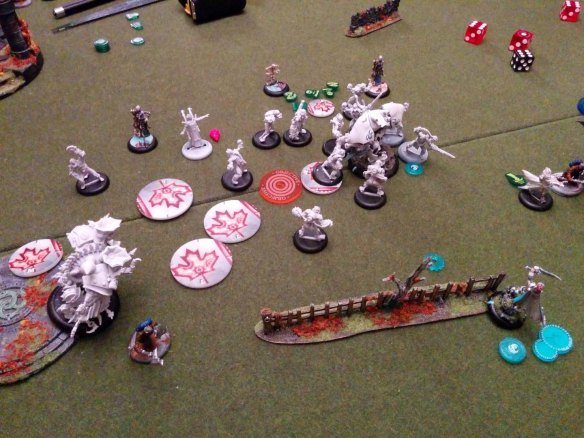